Did you know that a significant portion of the gluten-free community is sensitive to dairy as well? Many are also vegan and/or allergic to other foods and ingredients. That’s why we’re so excited about Taste Republic’s new gluten-free, vegan, plant-based ravioli!

Taste Republic was started by Peter Robertson, who was traveling as a stage carpenter for dance companies when he fell in love with Italy and its food. He eventually started a successful pasta company in Madison, WI.  When a friend was diagnosed with celiac disease, he created a gluten-free pasta and the rest, as they say, is history. He ultimately dedicated an entire brand to his gluten-free line, naming it Taste Republic.

Robertson believes that eating gluten free should offer the same rich food experience found in Italy and elsewhere in Europe. Taste Republic also holds a B Corporation Certification, demonstrating its commitment to creating “a global culture shift to build a more inclusive and sustainable economy.” 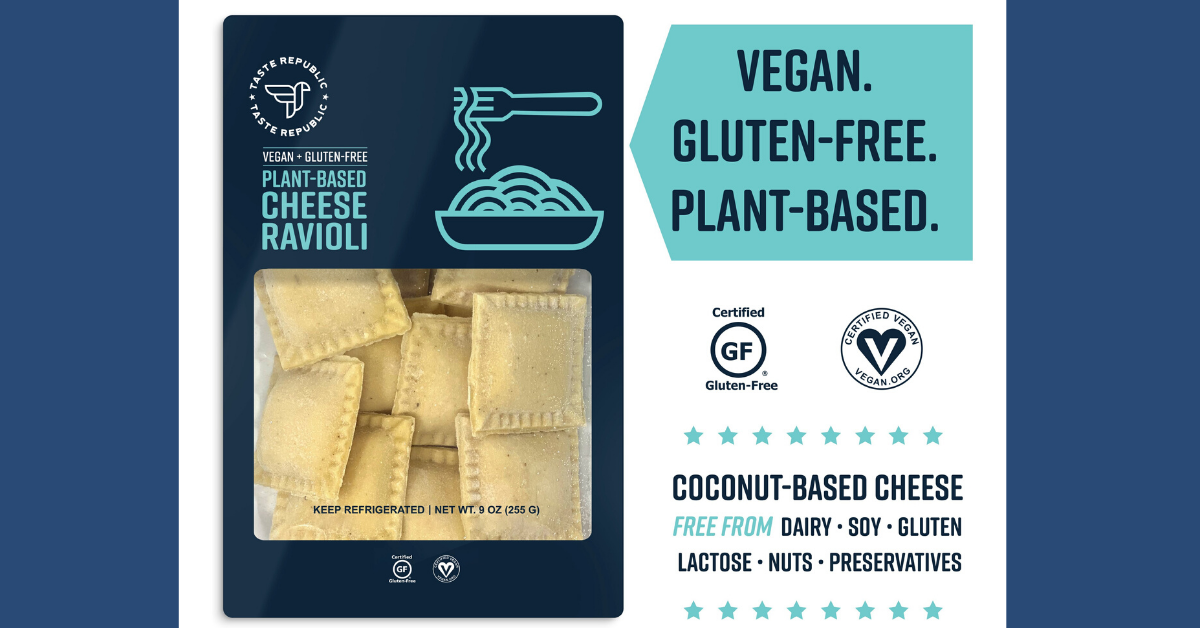 Taste Republic now makes a full line of gluten-free pastas available at multiple retail outlets across the region including lasagna sheets, spinach linguine, and more. They also produce grain-free pastas including cauliflower linguine, red pepper fusilli, and chickpea linguine.  Many of their products are not vegan, but most are kosher – all labeled on the website. The plant-based ravioli is brand new as of this writing- let us know if and where you’ve found it!

Click here to learn about our expos and events!